Pixalate has kept close track of ads.txt adoption and growth, and while the initiative has seen widespread adoption over the past six months, questions still remain as to whether or not the ad inventory sold by publishers with ads.txt is of higher quality compared to sites without ads.txt.

There are many KPIs used to determine "quality," and what qualifies as "quality inventory" can change from one company to the next. But viewability is one of the most ubiquitous measurements used in digital marketing today, so we set out to examine viewability trends as it relates to ads.txt

So how do ads.txt-enabled sites stack up against sites without ads.txt in terms of viewability? 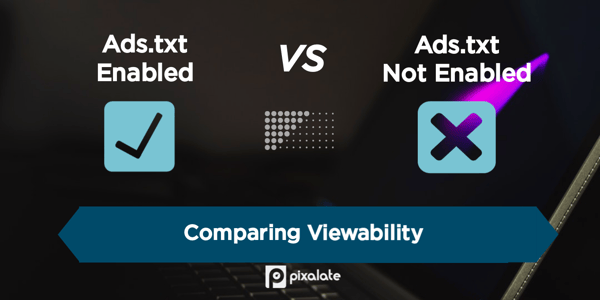 The trend here appears clear, with ads.txt-enabled sites delivering about 3.5% higher viewability rates compared to sites without ads.txt. But this is just one month's worth of data. Here's what March looked like.

Our observed data from March 2018 is even more conclusive on the viewability front. The March data aligns with the February data in terms of viewability — but to an even greater degree.

While the above data represents data collected from over 500,000 sites which participate in the open programmatic marketplace, Pixalate also studied the Alexa Top 20,000, Top 50,000, and Top 100,000 sites — those of which that participate in the open programmatic marketplace — to see if the trends held true across the domains on which marketers are most active.

We found that sites with ads.txt had higher viewability than sites without ads.txt across all subsets studied:

Our study from February and March 2018 suggests that sites with ads.txt do indeed offer better quality in terms of viewability.

What have you observed when buying on ads.txt-enabled sites versus sites without ads.txt?