Blockchain is disrupting the status quo of digital currency, so it's only logical that marketers would attempt to apply the technology to digital programmatic advertising as well. For a quick definition of blockchains, here’s Business Insider’s input:

Blockchains are ledgers (like Excel spreadsheets), but they accept inputs from lots of different parties. The ledger can only be changed when there is a consensus among the group. That makes them more secure, and it means there's no need for a central authority to approve transactions. 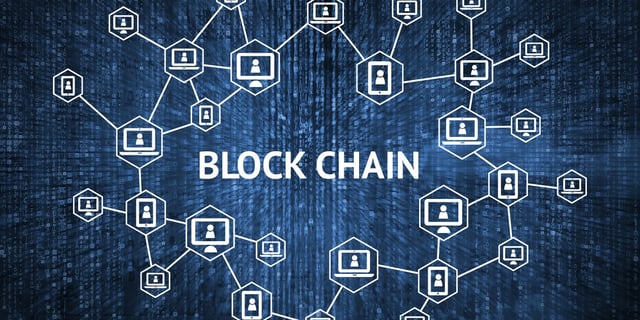 What problem does blockchain solve in programmatic?

The word you’ll hear most often associated with blockchain in programmatic is “transparency.”

But it’s more complicated than that, and it’s a bit dangerous to think that blockchain will be the silver bullet that solves all transparency concerns. The “consensus ledger” mentioned above does lead to more transparency regarding the impression that’s bought and sold, but blockchain doesn’t solve for many of the other transparency issues that are plaguing the industry.

“With blockchain — because it’s transparent to all — we will all be working off the same data and we’ll all see the same numbers,” said Babs Rangaiah, Partner, Global Marketing Solutions at IBM iX. “I think that will be a huge boon for the industry.” Rangaiah moderated an IBM iX-hosted panel at Cannes Lions to discuss the possible future of blockchain in programmatic.

Toward the end of the panel, the question arose: If blockchain gains widespread adoption in programmatic, does it change anything for verification companies?

The panelists all agreed: Blockchain will not displace the need for verification companies.

In fact, it might amplify the need to verify that traffic is legitimate.

“You’ll still need [verification] on top of the blockchain,” said Stacy Huggins, co-founder and CMO of MadHive. “There’s no way for a blockchain to determine if an impression was seen by a human. All it can do is verify that the impression did fire and that an IP address received it.”

In short, there would still be plenty of room for fraudsters to steal from buyers and sellers, even in a blockchain-supported programmatic ecosystem.

If blockchain does pick up steam in programmatic, it very well could improve transparency in terms of ensuring that buyers and sellers are “speaking the same language” when trading impressions. But simply firing an impression and determining than an IP received it means over one-third of traffic in the programmatic marketplace (in the U.S.) could remain invalid.

In short, the improved transparency in one regard could have the unintended consequence of giving buyers and sellers a false sense of security when it comes to rooting out invalid traffic and measuring fraudulent activity beyond the impression level.

As we explore the possible futures of programmatic advertising, marketers need to be aware that the fraudsters will evolve alongside the industry, whichever direction it takes.