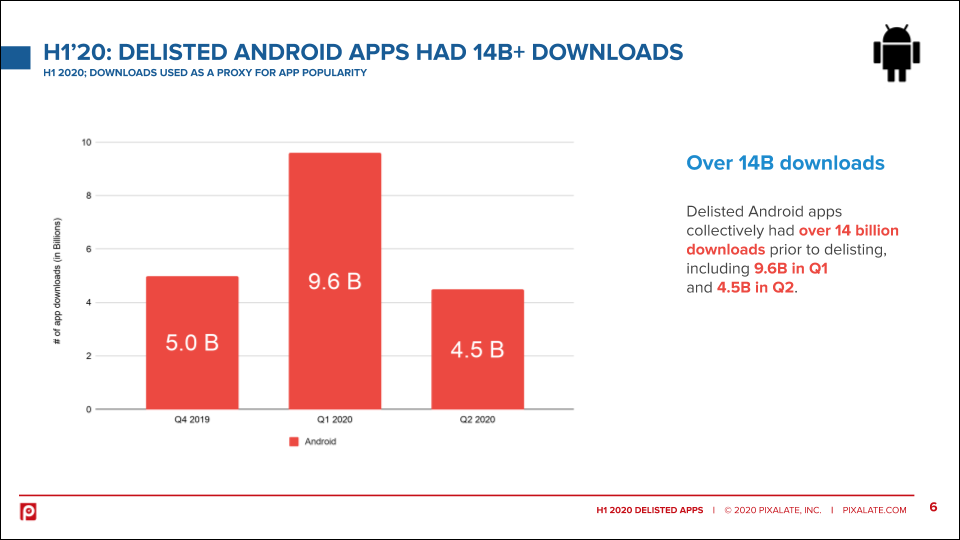 Pixalate's latest research reveals that over 800,000 apps were delisted across the Google Play and Apple App stores in H1 2020.

This blog examines the popularity of Android apps prior to their delisting. 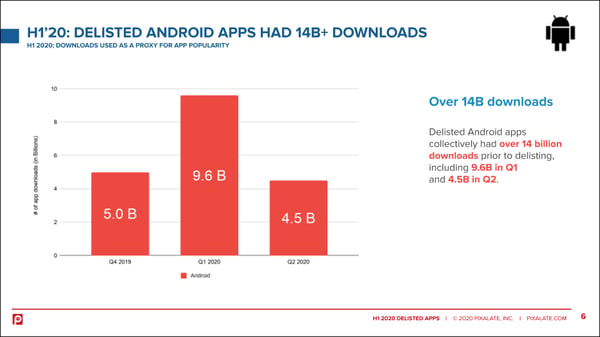 In the context of this blog, "delisted apps" include apps delisted on or after the first date of a quarter (January 1, 2020 for Q1 2020, April 1, 2020 for Q2 2020), and not on the Google Play Store or Apple App Store as of the last day of the quarter (March 31, 2020 and June 30, 2020, respectively). The delisting of an app does not indicate the entity or person that initiated the delisting action, i.e. Google, Apple, or the app developer, as that information is not generally available publicly. Additionally, the mere fact that an app has been delisted does not necessarily imply that one should draw negative inferences regarding the app or its developer. It is important to note that there are many relatively benign reasons for the delisting of apps (e.g., rebranding, app replacement, change in business direction, or a business transaction involving the app and/or the app’s developer).