Pixalate has released new research into the hundreds of thousands of mobile apps that were delisted in Q4 2019 across the Google Play Store and the Apple App Store. 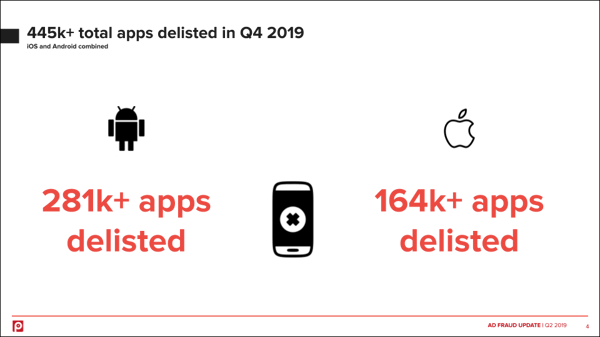 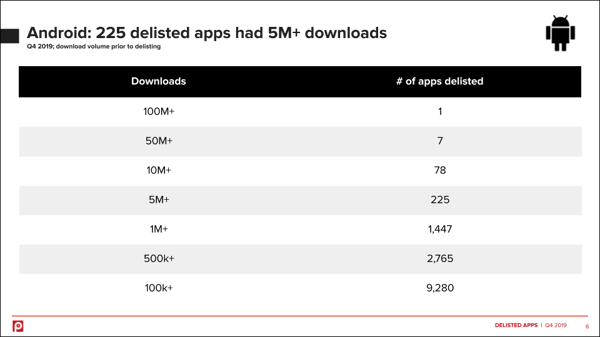 Here are the top 10 most popular Android apps (based on downloads) that were delisted in Q4 2019: 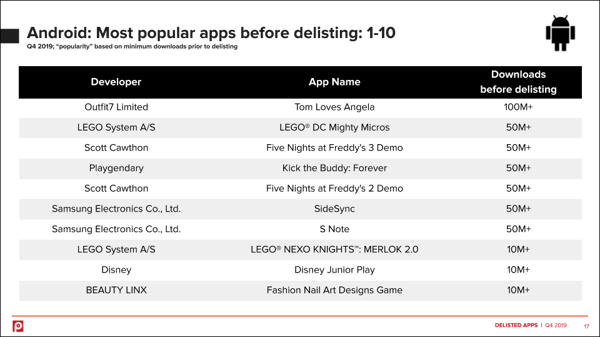 73%+ of delisted apps had no address or an unidentifiable address

73% of delisted Android apps had either no address listed or an unidentifiable address.

Among delisted iOS apps, the number was even higher, as 94% of apps delisted from the Apple App Store had either no address listed or an unidentifiable address.

57% of delisted apps had at least one ‘dangerous permission’ (Android)

Over half (57%) of delisted Android apps had at least one “dangerous permission,” as defined by Google. 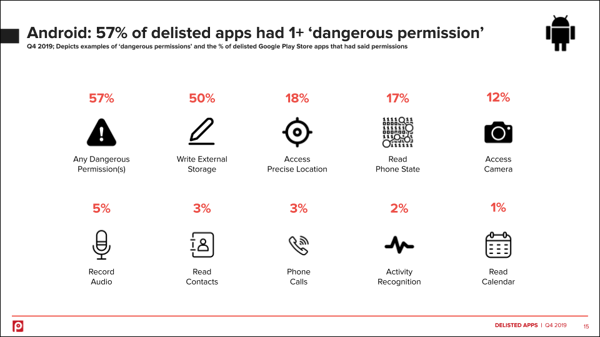 Some developers had hundreds — or even thousands — of apps removed 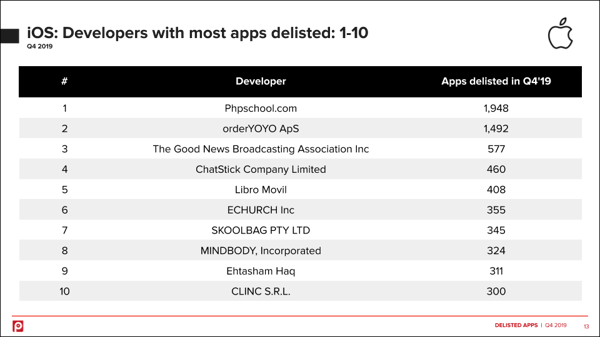 The growing importance of app delistings

Earlier this year, Google removed over 500 apps for “disruptive ads.” Pixalate research revealed that over 75% of those apps had the “System Alert Window” permission, which Google’s documentation says “very few apps should use.”

Additional Pixalate research revealed that 5% of Android mobile programmatic ads went to delisted apps in Q3 2019. For advertisers, this underscores the importance of staying on top of app delistings — particularly when popular apps are delisted.

In the context of this blog, "delisted apps" include apps delisted on or after October 1, 2019 and not on the Google Play Store or Apple App Store as of December 31, 2019. The delisting of an app does not indicate the entity or person that initiated the delisting action, i.e. Google, Apple, or the app developer, as that information is not generally available publicly. Additionally, the mere fact that an app has been delisted does not necessarily imply that one should draw negative inferences regarding the app or its developer. It is important to note that there are many relatively benign reasons for the delisting of apps (e.g., rebranding, app replacement, change in business direction, or a business transaction involving the app and/or the app’s developer).