Utilizing proprietary technology, the GSTI, MSTI, and VSTI each analyze more than 200 data points for over 100 billion monthly ad impressions and deliver ratings based upon inventory quality and ad performance, along with traditional reach and share of audience metrics. 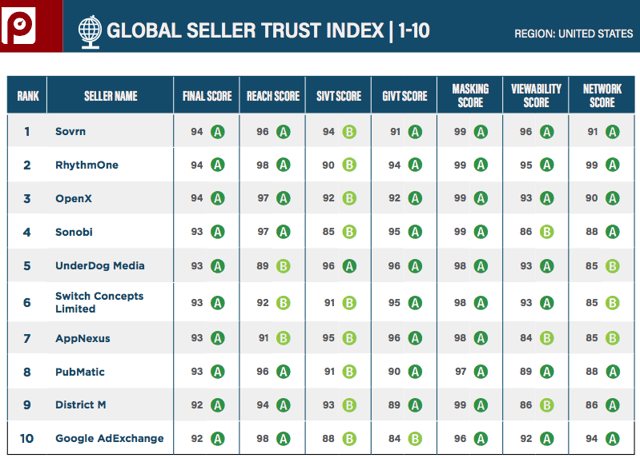 Global quality ratings are based upon an analysis of overall effectiveness assessing multiple factors, such as viewability, fraud, engagement, domain masking, network quality and more, in compliance with recognized industry standards.

To learn more about the methodology and to download the expanded list of top sellers, visit http://www.pixalate.com/sellertrustindex

Oracle Buys Moat For $850M: Does This Change the Need for Third-Party Measurement?