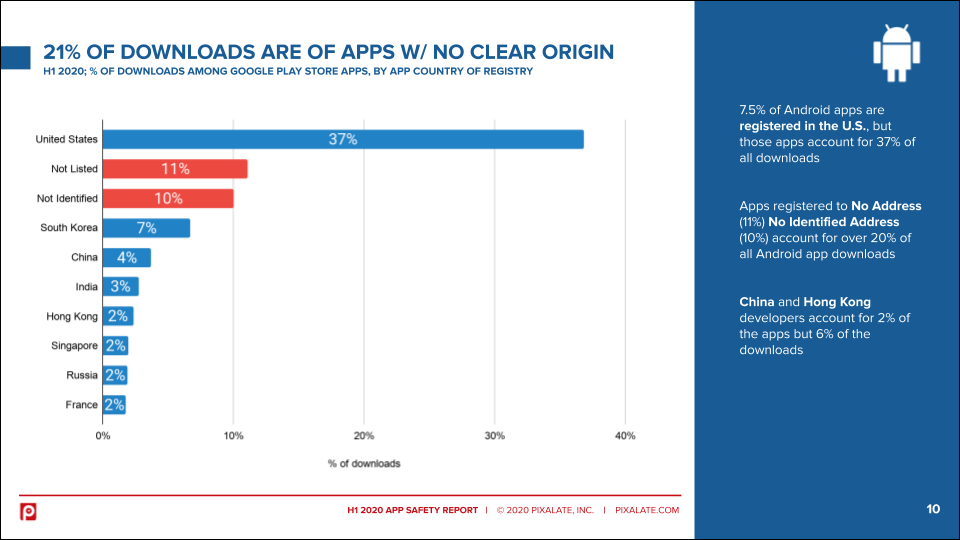 This blog examines download data by app address of registry (or lack thereof).