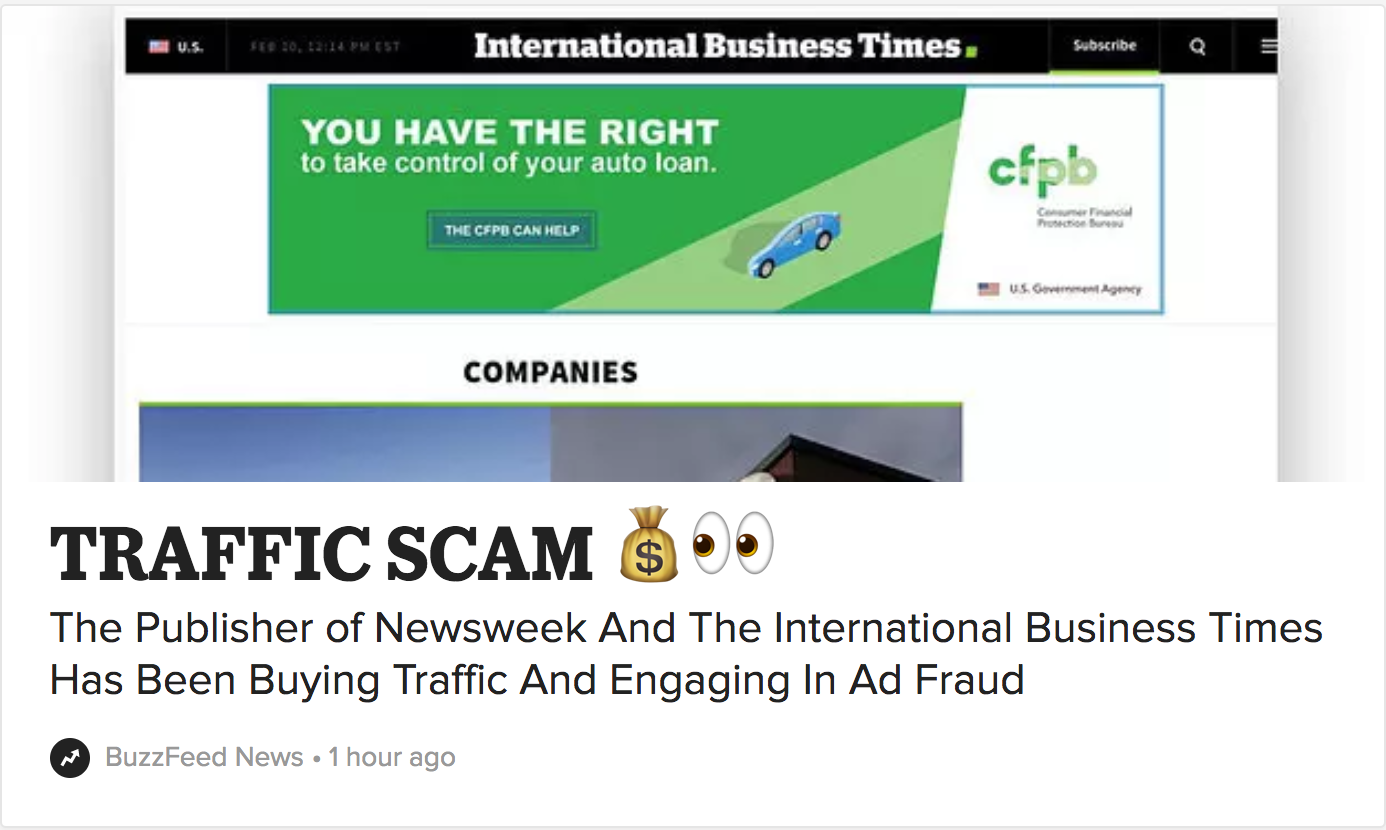 "Pixalate examined the IBT websites late last year and confirmed the use of pop-under traffic and multiple redirects to obscure the nature of the traffic," wrote BuzzFeed News.

"Through these redirects, the original referrer is scrubbed," said Pixalate in a statement, per the article. "This process makes the traffic appear to be organic when measured by traditional impression-level tracking technology."

Here is a video example created by Pixalate which shows redirects originating from a pirated streaming video site and ending on IBTimes.com. BuzzFeed News shared a similar video in their article.

The above gif displays the basic tenets of a traffic laundering scheme:

"Along with referrals from pirate streaming sites, Pixalate told BuzzFeed News that data collected on IBT’s sites so far [in January 2018] show that 'roughly 40%' of the traffic coming via referrals from YouTube and LinkedIn is in fact the result of redirect chains," wrote BuzzFeed News.

“Note that this does not mean that YouTube, LinkedIn, etc. are 'in on' anything — it simply suggests that their sites are likely often used in the redirect loop meant to scrub the original referral (a pop-under ad). Traffic coming from YouTube appears to advertisers as more legitimate than traffic coming from a pop-under ad," said Pixalate in a statement, per the BuzzFeed News article.