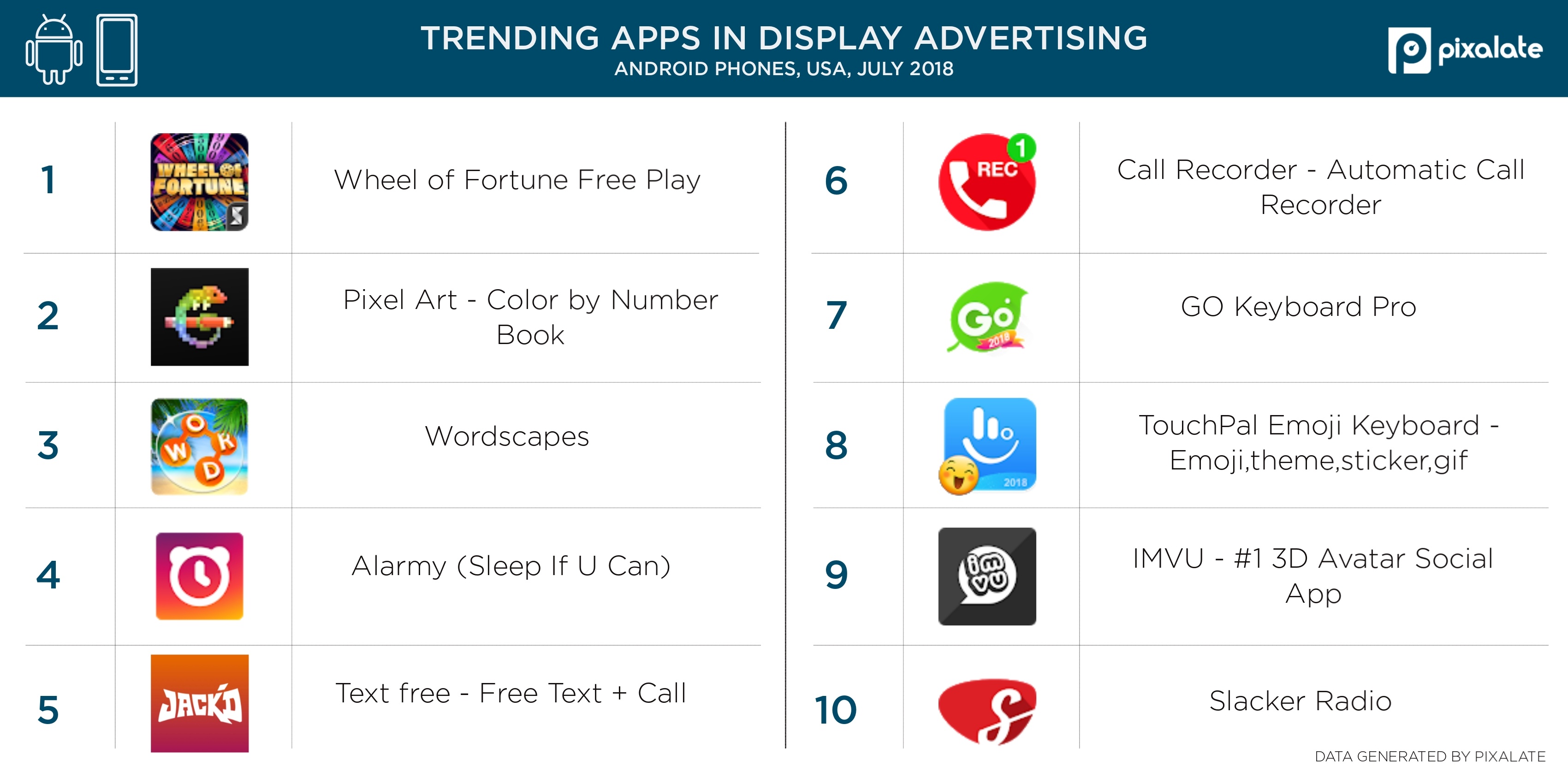 There are over 3 million apps in the Google Play Store — but which ones are the most popular among advertisers? In addition to highlighting the top trending mobile apps on iPads and iPhones, we’ve examined data from official Google Play Store apps to identify the latest mobile advertising trends in the Android app ecosystem.

This post highlights the top trending apps in the United States, based on display and video programmatic advertising volume, on Android phones from July 2018. 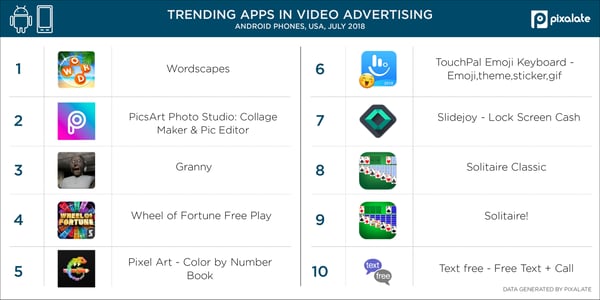