This post highlights the top trending apps in the United States, based on display and video programmatic advertising volume, on iPads from July 2018. 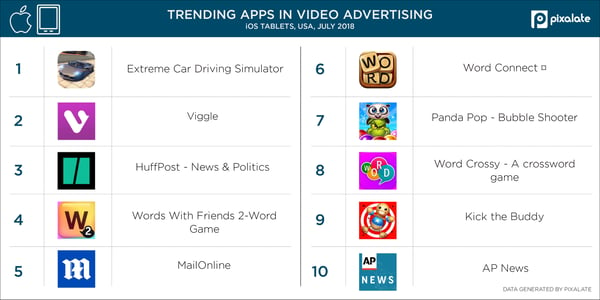