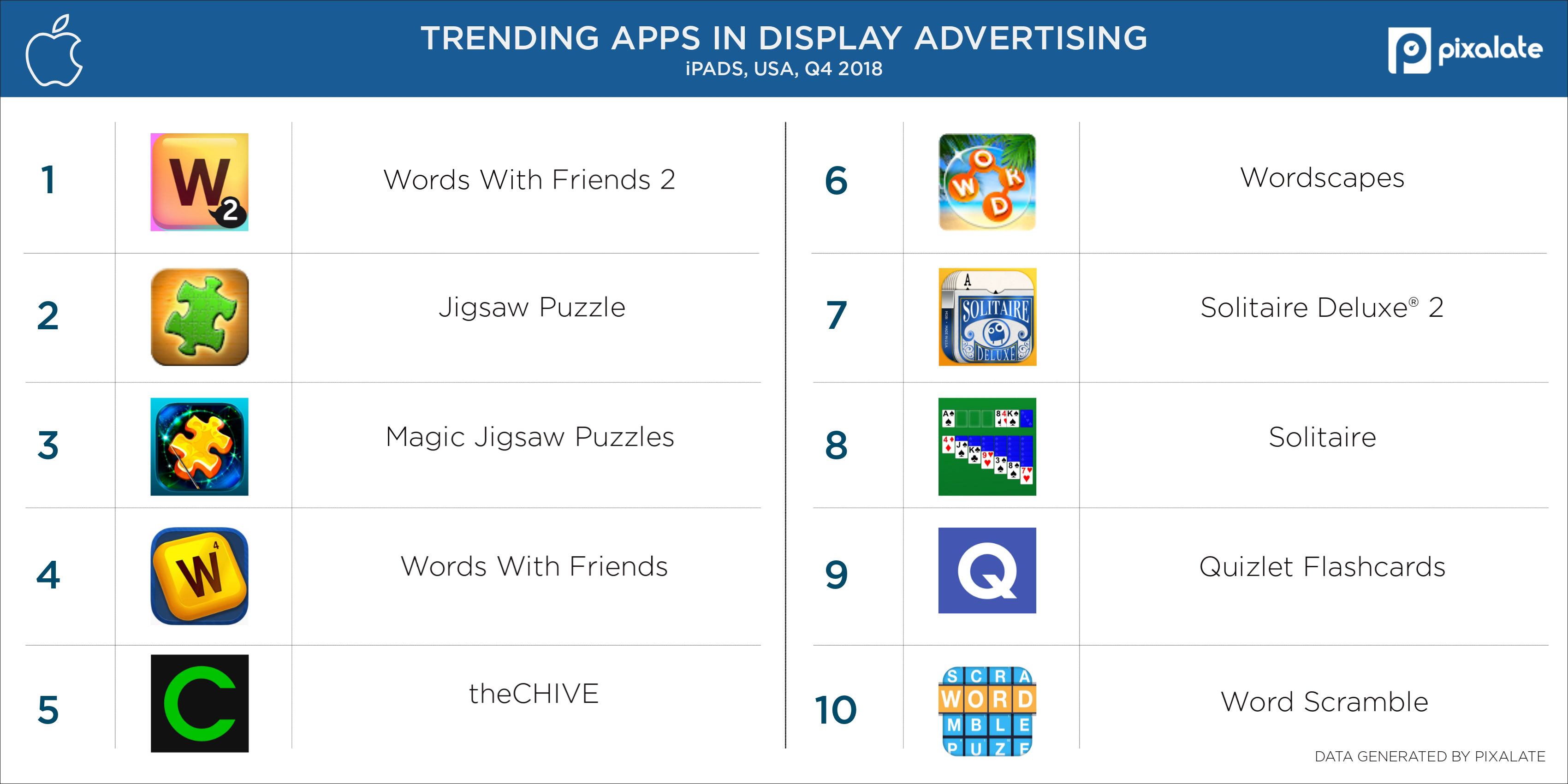 Gaming, TV, Education apps among most popular on iPads in Q4 2018

This post highlights the top 10 trending iPad apps in the United States, based on display and video programmatic advertising volume, in Q4 2018. To see the most recent top 30 apps, download the list here: 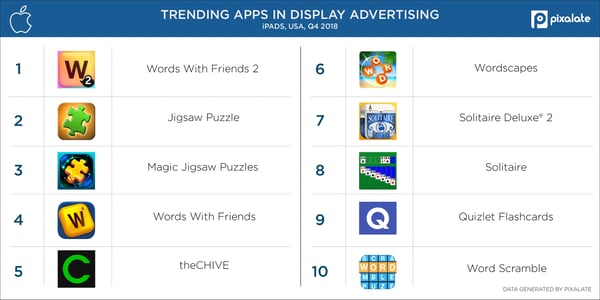 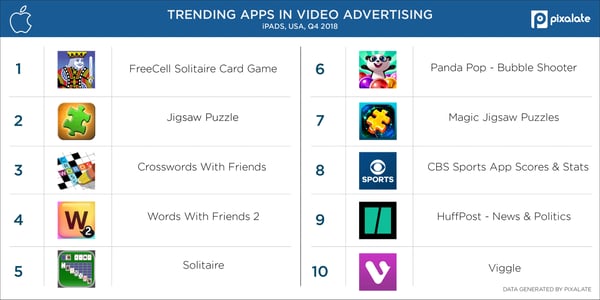 DISCLAIMER: Pixalate's iPad App Trends reports present ratings and rankings for the top iPad apps according to a number of categories. These categories reflect Pixalate's opinions with respect to factors that Pixalate believes will be of value to purchasers or sellers of in-app digital advertising inventory, advertisers and agencies representing advertisers, and publishers of such apps or competitive offerings. The scores or ratings in each category reflect Pixalate’s opinions regarding the performance of each iPad application with respect to each particular category. The rankings reflect Pixalate's opinions regarding the relative performance of each iPad application with respect to these categories. Pixalate's opinions are just that – opinions, not facts or guarantees – but they are grounded in its proprietary technology and analytics, which Pixalate is continuously evaluating and updating.

These Stories on Trends