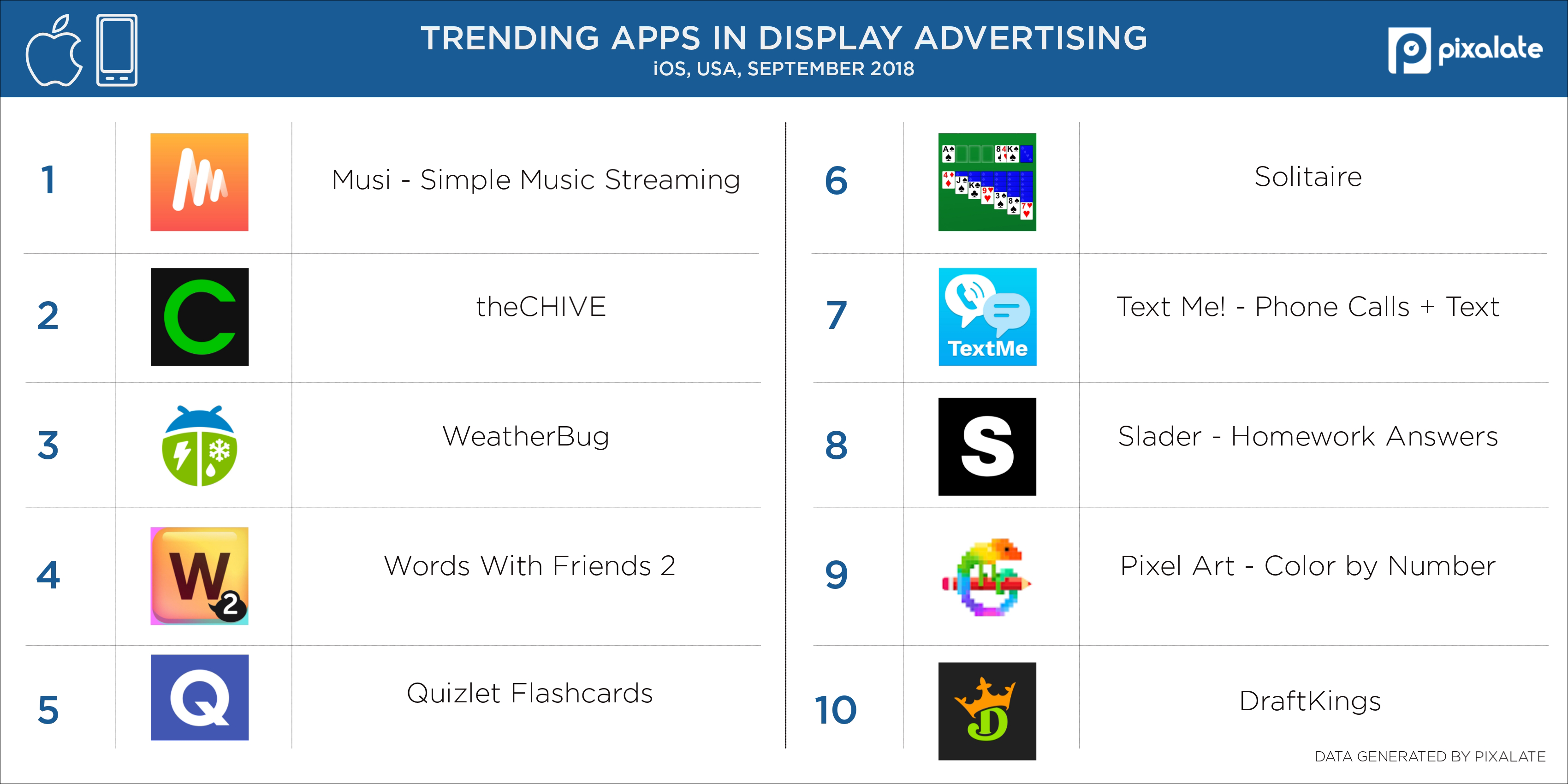 Pixalate monitors billions of mobile in-app programmatic advertising transactions, and we constantly analyze that data to identify key mobile advertising trends, including which apps are trending at any given moment.

Per eMarketer, the average U.S. mobile consumer will spend 208 minutes (3 hours and 28 minutes) per day in mobile apps this year. Our trending apps report helps marketers identify some of the apps that keep their audiences busy.

As our trending iPhone apps from September 2018 reveals, seasonality is one factor that drives apps up or down in popularity. For example, DraftKings, a fantasy gaming app, was in the top 10 on iPhones in September, coinciding with the new NFL season.

This post highlights the top trending apps in the United States, based on display and video programmatic advertising volume, on iPhones from September 2018. 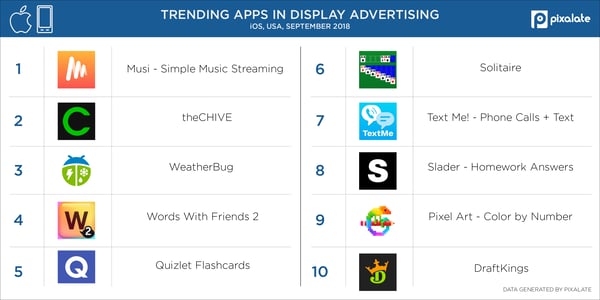 Two Education apps (Quizlet Flashcards and Slader - Homework Answers) were in the top 10, helping students get through the first month of the new school year 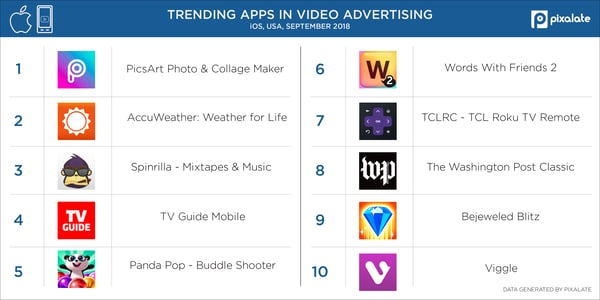