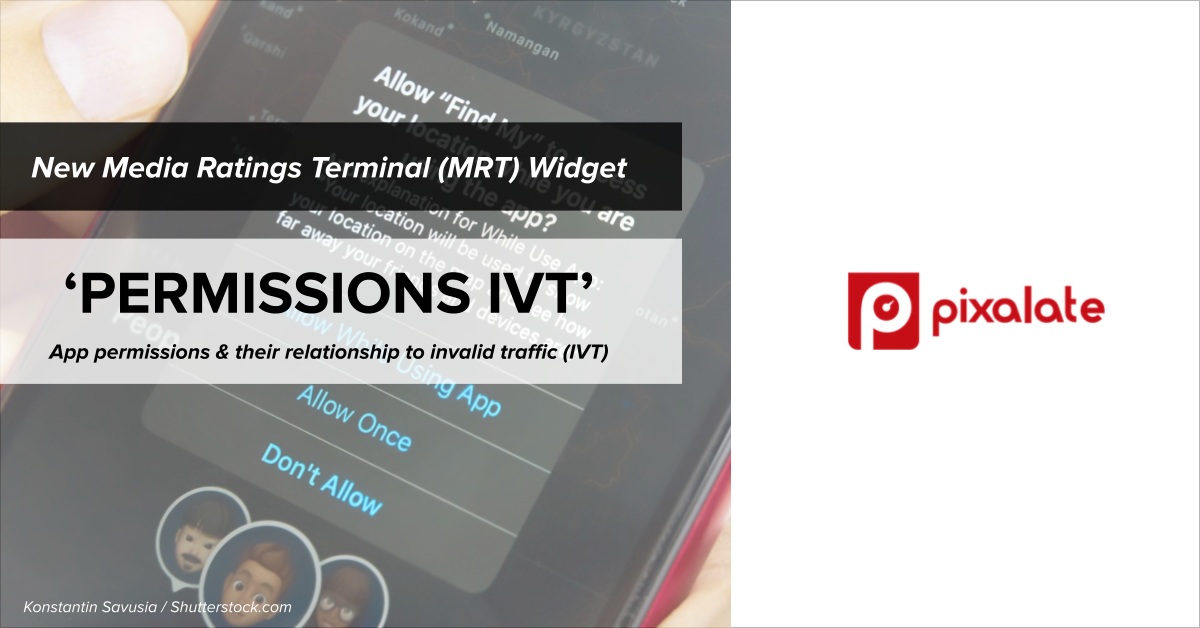 At Pixalate, we work to provide our clients with fraud and compliance data regarding the digital advertising supply chain and the most relevant information for their ad-buying. Our aim is to move the industry forward with actionable insights that serve to make our entire ecosystem safer and more secure. With that aim in mind, we are excited to provide you with greater detail and understanding regarding a new feature within the Media Ratings Terminal (MRT): The Pixalate Permissions IVT Widget.

What is a Permission?

Apps request, and even require, that certain “permissions” be enabled for such apps on the users’ phones. Permissions are required for apps to access or use particular capabilities on a device. Permissions can include:

To be clear, many apps require certain permissions to function properly. For example, one cannot use a mapping app without providing permission for the app to access GPS coordinates; and photography apps require access to your phone’s camera. However, not all permissions requested by apps are necessary for such apps to function as one would expect. Permissions IVT is designed to highlight the level of invalid traffic (IVT) risk that may be associated with excessive permissioning.

The Permissions IVT widget aims to explain which apps have concerning, or even unnecessary, permissions, which may be a signal for increased IVT risk. We highlight these risks via correlation between IVT and the applicable permissions, particularly highlighting IVT risks that spring from permissions that are unnecessary for an app’s functionality. More specifically, we examine the following:

From there, apps are scored within app store categories across these three questions. The intersection between permissions and categorization helps to develop a score of high, medium and low likelihood of IVT risk coming from permissions.

In the MRT interface, users can toggle between all permissions and the ones identified as dangerous, or concerning, for each app.

At Pixalate, we believe that Permissions IVT is a critical tool in preventing IVT and a valuable asset for our clients in evaluating partners and maintaining the highest traffic quality standards.

These Stories on Company News