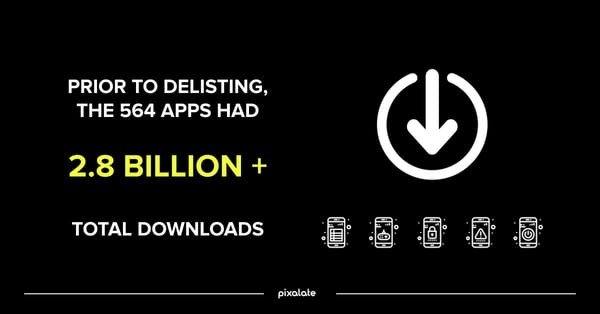 Pixalate’s research team has uncovered 564 apps that have characteristics that appear to be consistent with apps removed due to “disruptive” ads. These findings are based on Pixalate’s data and research of apps delisted between February 10-20, 2020, stemming from recent news from BuzzFeed News that Google delisted hundreds of apps for “disruptive” ads.

2. Hulu, Sling the top 2 Roku apps in 2019 for programmatic advertising 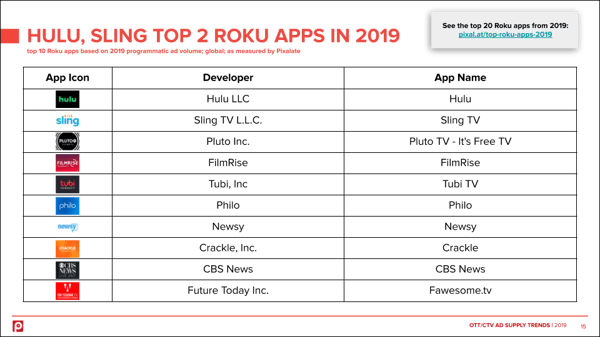 Hulu and Sling lead the way, and several news apps also ranked in the top 10.

A BuzzFeed News investigation has revealed the apparent source behind over 50 of the 500+ "malicious extensions" recently removed by Google Chrome. The story, per BuzzFeed News, is "a case study in how digital advertising has become a playground for canny operators who amass fortunes by siphoning money out of the digital ad ecosystem."

"[A] popular analytics platform ... has been secretly collecting data from millions of people who have installed popular VPN and ad-blocking apps for Android and iOS," according to new reporting from BuzzFeed News. The apps in question have over 35 million downloads, per the article.