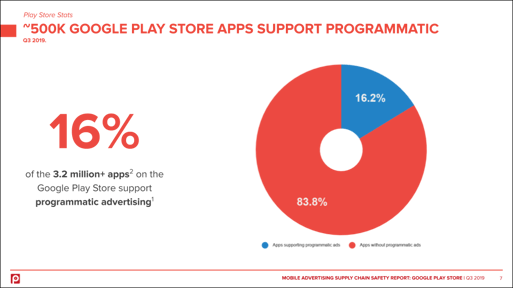 How many apps on the Google Play Store support programmatic advertising?

2. Half (50%) of delisted Google Play Store apps with 100M+ downloads were Chinese 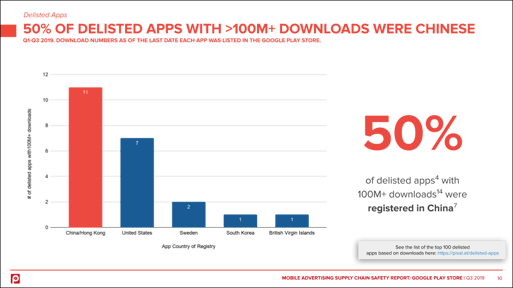 According to Pixalate's research, 11 of the 22 apps delisted from the Google Play Store that had over 100 million downloads prior to delisting were registered in China (including Hong Kong).

The Wall Street Journal has reported that Google Chrome will "phase out third-party cookies in [an] effort to boost privacy." Third-party cookie support will come to an end in 2022, per the WSJ.

"As Google takes the step, publishers and advertisers argue the changes will make the tech giant’s own ad business even stronger," wrote the WSJ.

5. Ad fraud among Connected TV trends to watch in 2020