How fast is programmatic advertising growing in OTT/CTV, the hottest new channel for digital advertisers? In our H1 2019 OTT/CTV Supply Chain Intelligence Report, we reveal the growth rate of OTT/CTV apps that support programmatic video advertising.

"Google Play Store has a malware problem. And it doesn’t seem to go away despite the company’s best efforts to rein in sketchy apps," reported The Next Web. In a yet another instance of Android adware, New Zealand-based independent security researcher Andy Michael found four Android VPN apps with cumulative downloads of over 500 million that not only serve ads while running the background, but are also placed outside the apps, including the home screen."

"Bad actors are exploiting VPAID to serve malicious auto redirects hidden within video ads," reported AdExchanger. "A loophole within the spec allows unauthorized parties to introduce arbitrary JavaScript and inject malware into a piece of creative." 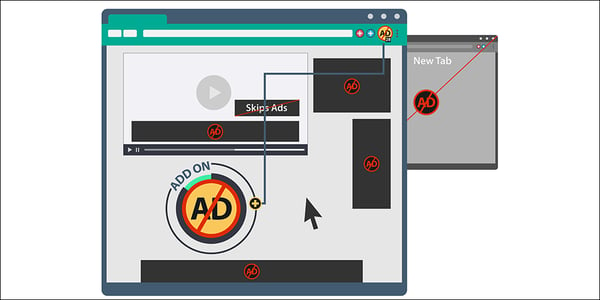 According to The Hacker News, "Two widely used Adblocker Google Chrome extensions, posing as the original — AdBlock and uBlock Origin — extensions on Chrome Web Store, have been caught stuffing cookies in the web browser of millions of users to generate affiliate income from referral schemes fraudulently."

Over 22% of programmatic OTT/CTV is invalid: New report