Ad Fraud by Browser: 28% of Chrome Inventory is Fraudulent

According to W3Counter, Google Chrome, Safari, and Internet Explorer are the three most popular browsers among internet users today. Combined, these three browsers command over 85% of browser share in the U.S. 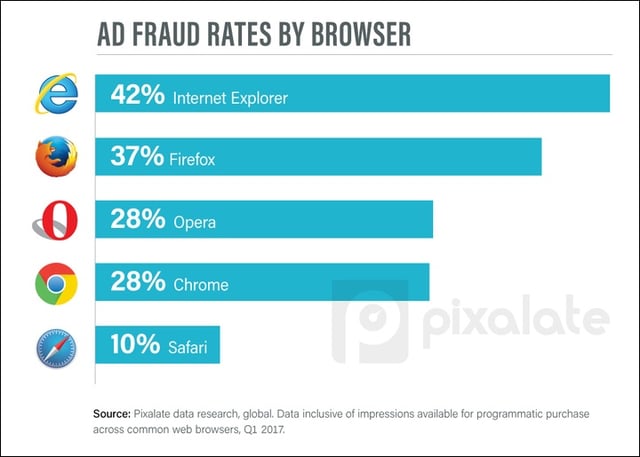 We see some similar trends in the mobile space with regards to ad fraud by browser type.

Why might Google Chrome’s ad fraud rate be 3-4x higher than Safari’s?

Safari is primarily on Mac devices, which are generally less susceptible to malware and adware. Safari also blocks third-party cookies by default, which could reduce CPMs because it inherently offers less targeting from a marketer's perspective. This could create a ripple effect that ultimately disincentivizes fraudsters from stealing on Safari. 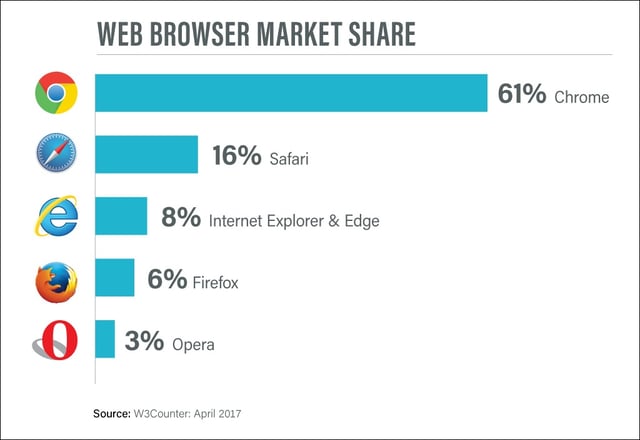 Unsecure web pages are often targeted by fraudsters — and sometimes, the fraudsters carry out their attacks via a specific browser. Given that Chrome is used by close to two-in-three (61%) of internet users, it’s often the browser of choice for fraudsters. For example, earlier this year, Fox News reported on a malware script that targeted unsecure web pages. The attack was carried out via Chrome and targeted users in the U.S., U.K., Australia, and Canada.

Additionally, Google Chrome is home to a plethora browser extensions. These extensions are often useful tools that enhance the user’s experience with Chrome, but it also opens up the door for ad fraudsters to use extensions for their own gain.

Previous Story
← Pixalate Week in Review: May 8-12, 2017
Next Story
Which Publisher Verticals Contain The Most Programmatic Ad Fraud? →