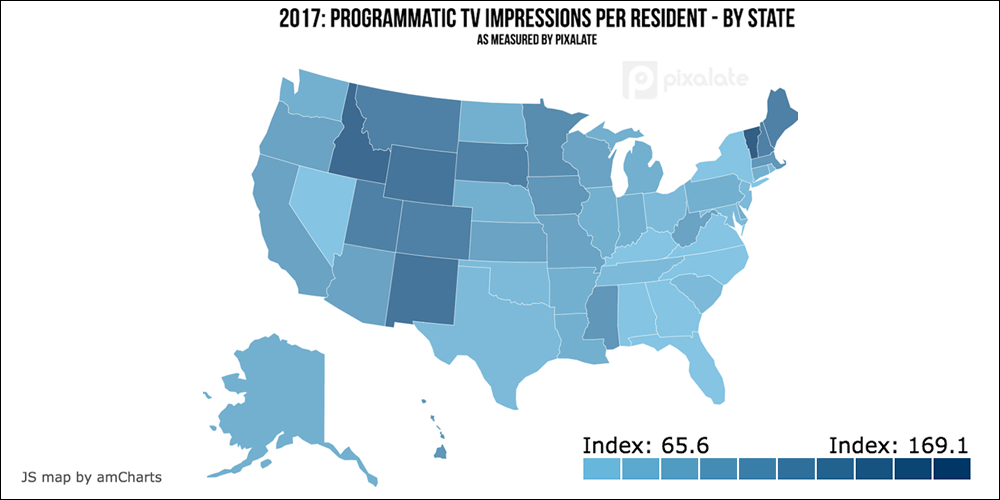 Unsurprisingly, some of the most populous states, including California, Texas, Florida, and New York led the way in terms of raw available inventory. But when broken down on a per-resident basis, the numbers reveal some interesting trends.

This post also examines the relationship — if any — between unemployment levels and available inventory within each state.

From January-October 2017, these are the 10 states that accounted for the largest share of all Connected TV/OTT programmatic TV ad impressions within the U.S.:

These top 10 states account for over half of all programmatic TV impressions — at 55.5%. These 10 states also account for more than half of the U.S. population, at 53.7%, according to the most recent U.S. Census data.

While the most populous states receive the most raw programmatic TV ad impressions, when broken down on a per-resident basis, we find a different story.

Here are all states in terms of programmatic TV ad impressions served per resident. The data presented has been indexed, with 100 being average. 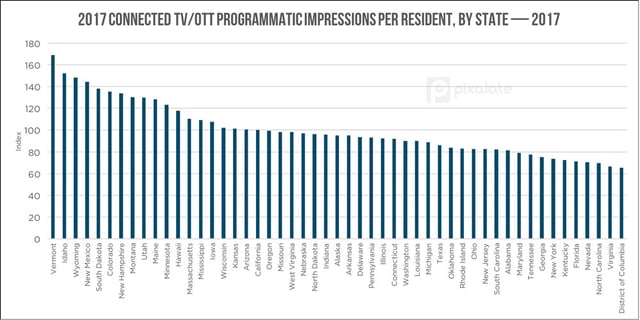 Top 10 states/areas in terms of programmatic TV impressions per resident:

Bottom 10 states/areas in terms of programmatic TV impressions per resident:

This indexed data — the number of Connected TV/OTT programmatic TV ad impressions per resident by state — is also revealing when shown on a heat map of the entire United States: 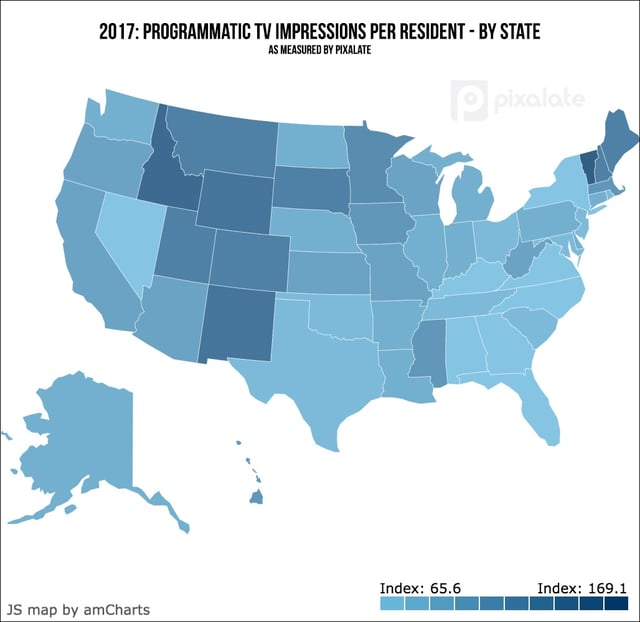 A few takeaways from this map:

Is there any relationship between unemployment rates and the number of programmatic TV ads served per resident?

Pixalate also examined unemployment rates by state using the most recent data from the Bureau of Labor Statistics.

We wanted to see if higher levels of unemployment within certain states led to a higher number of programmatic TV ads being served to residents in those states.

When looking at the United States as a whole, there appears to be no uniform correlation between state unemployment levels and the number of programmatic TV ads served per resident.

However, some individual states did display high levels of positive correlation, including:

Here are two charts to help illustrate the correlation: 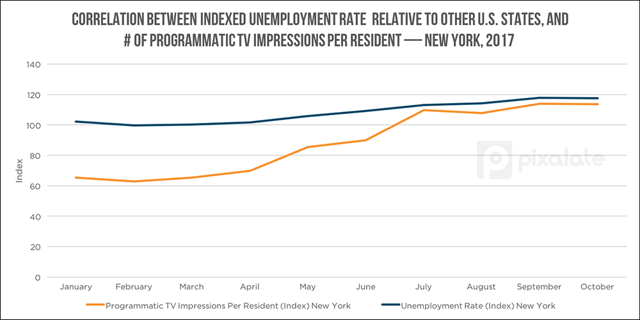 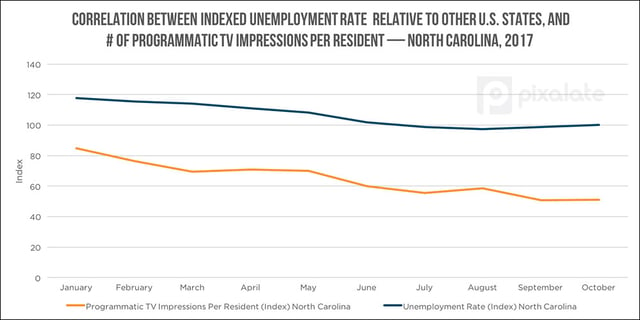 It’s important to reiterate that these trends appear to be localized only within specific states and to note that correlation does not equate to causation.