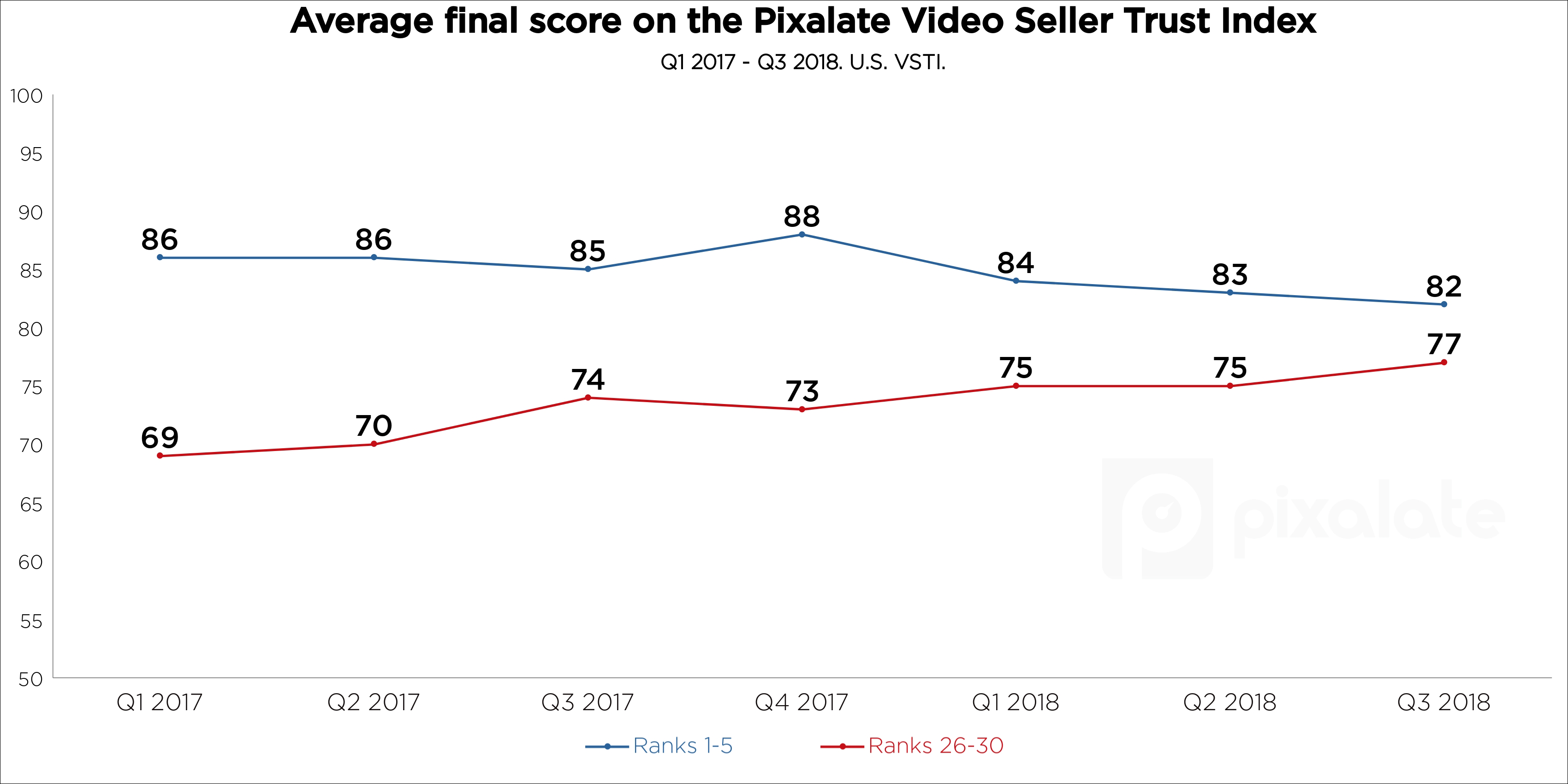 Pixalate has been publishing the VSTI for over two years now, so we looked back at the historical data to see what trends we could uncover.

Key takeaways from the VSTI: 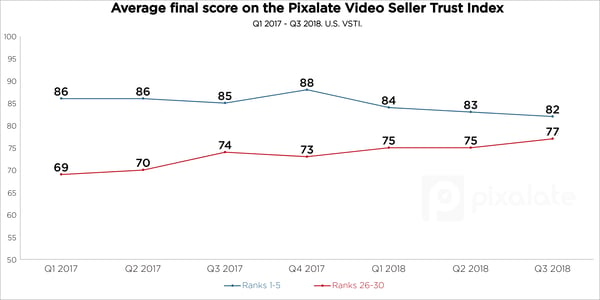 As the chart clearly shows, the gap is getting smaller.

In Q1 2017 — our first full quarter worth of data for the Video Seller Trust Index — the average score of those ranked 1-5 was 17 points higher than those ranked 26-30.

Remember, all scores in our rankings are indexed, so the fact that companies ranked 1-5 are seeing a steady reduction in “final score” each quarter does not mean that they are getting less and less trustworthy. Instead, it means the competition is heating up.

There used to be big gaps in quality between high- and low-ranking video sellers. Those gaps aren’t as big as they once were, and it could be an indication that video sellers are putting a greater emphasis on video quality due to market forces.

Video commands high CPMs. In the U.S. eMarketer notes that pre-roll CPMs are between $10 and $11. This makes video a highly lucrative channel for fraudsters, but it also puts the onus on video sellers to make sure the inventory is well-lit and of high quality. This pressure is perhaps one driving force behind the trend identified in our index data.

Download our latest Video Seller Trust Index to see where your partners rank.

These Stories on Seller Trust Index