Pixalate’s Quarterly Global Ad Fraud Benchmarks series continues with a look at mobile in-app ad fraud rates in the programmatic marketplace. The ad industry often uses the word “mobile” to describe both smartphone and tablet inventory, but upon closer inspection, there are distinct, important differences between the two devices. 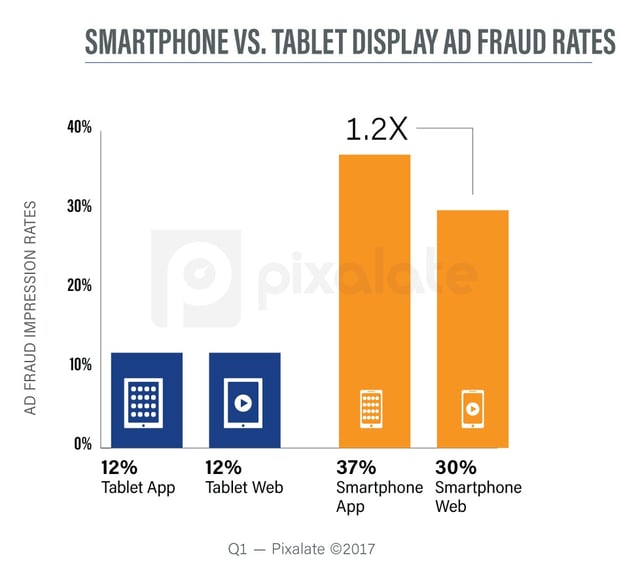 Based on our research into Q1 2017 programmatic ad fraud trends, smartphone app display inventory is 1.2x more likely to be fraudulent than smartphone web inventory. Tablets, meanwhile, have equal app and web fraud rates, at 12%.

Additionally, marketers should note that for mobile display advertising, smartphone inventory is up to 3x more likely to be fraudulent than tablet inventory.

Video: Smartphone web video inventory up to 5x more likely to be fraudulent than tablet 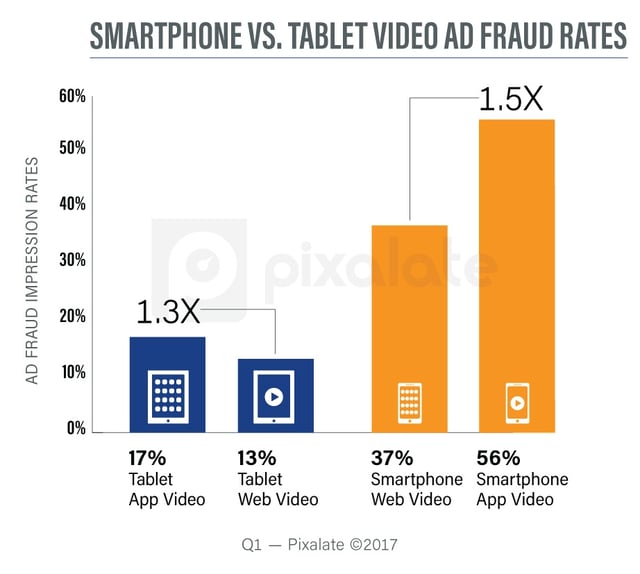 Mobile ad fraud is a tale of two devices

Buyers and sellers who treat all “mobile” app fraud prevention the same way should treat mobile for what it really is: Two distinct devices that require unique approaches.

Marketers need to be especially careful when buying mobile video advertisements on smartphones — particularly web inventory, given that over half (56%) of such inventory was fraudulent in Q1 2017.