Tablet display click fraud jumps over 50% from January to April

Tablet display click fraud increased by over 50% during the first four months of 2017. This data is inclusive of both web and app inventory. 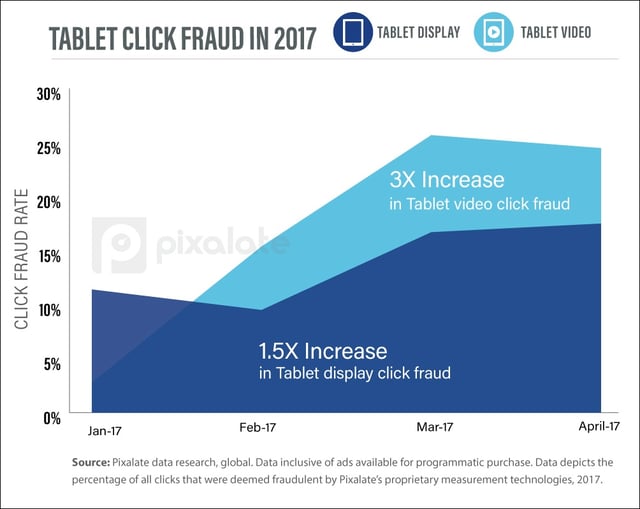 We saw nearly identical trends for video click fraud on smartphones during the same time period (smartphones had an increase of 198%).

Click fraud is a growing problem across both mobile devices 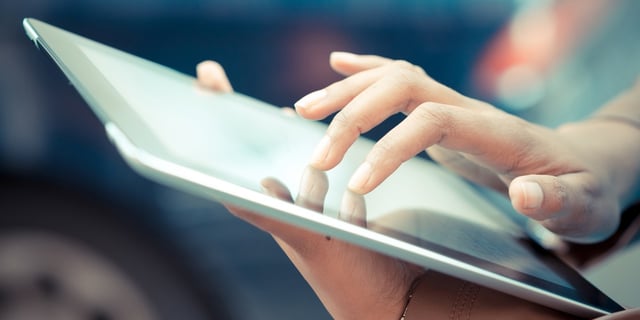 The rising issue of click fraud on mobile devices is not simply a smartphone- or tablet-only concern. Fraudsters are spoofing clicks across both devices — and the trends are similar.

For display advertising, click fraud does seem to be ramping up at a faster pace on tablets compared to smartphones. Display click fraud increased over 50% on tablets within the first four months of 2017.

For video advertising, click fraud had equal challenges on both smartphones and tablets. It became nearly a 3x larger issue on both devices to begin the year.

As noted before, marketers who focus campaigns on PPC and CPC opportunities in mobile need to structure those campaigns around click fraud, because our data indicates that the risk associated with these campaigns is both volatile and growing.

To see what you're up against — and to see what a mobile "click farm" looks like in action — check out this video shared by Daily Mail.