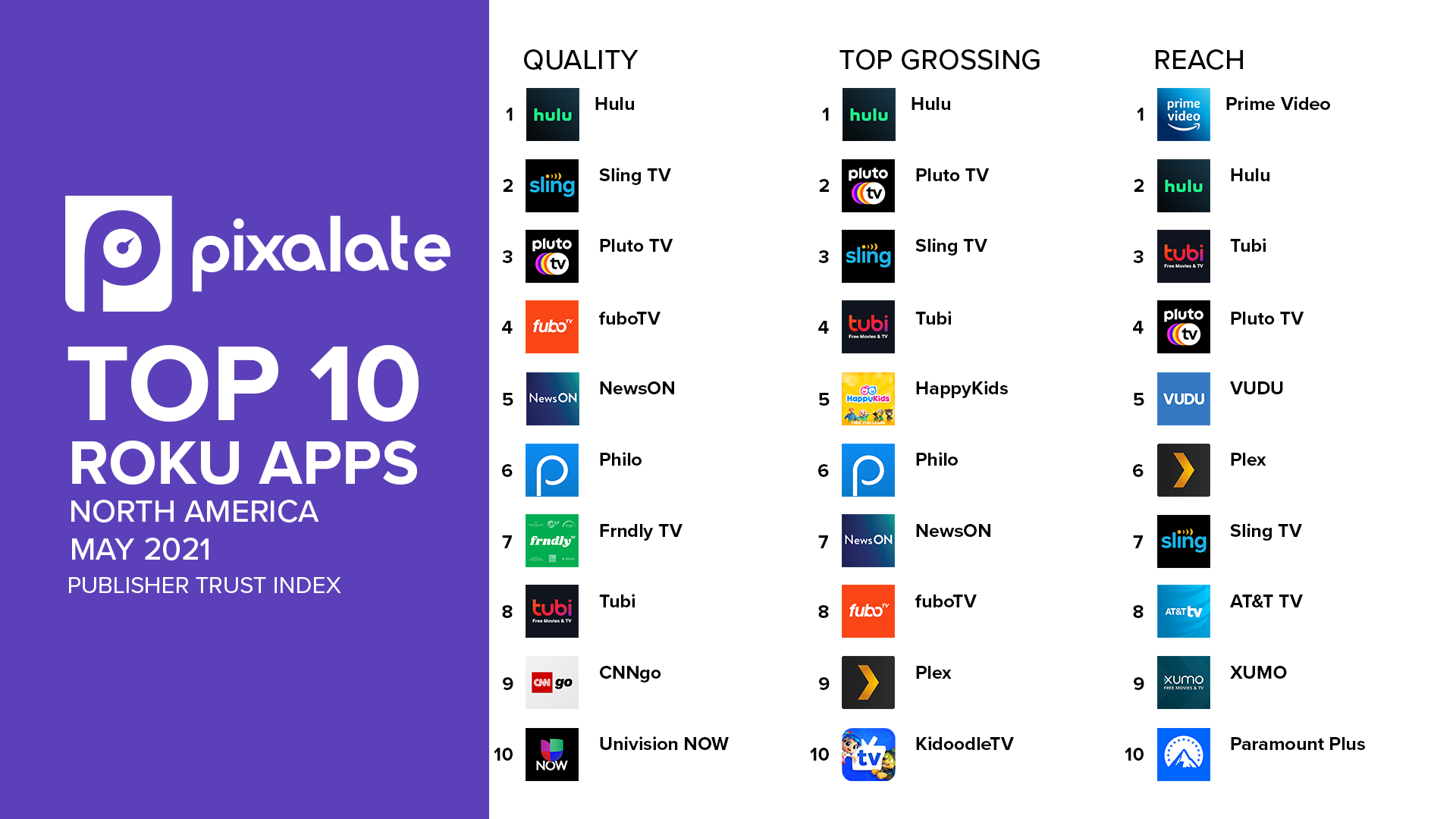 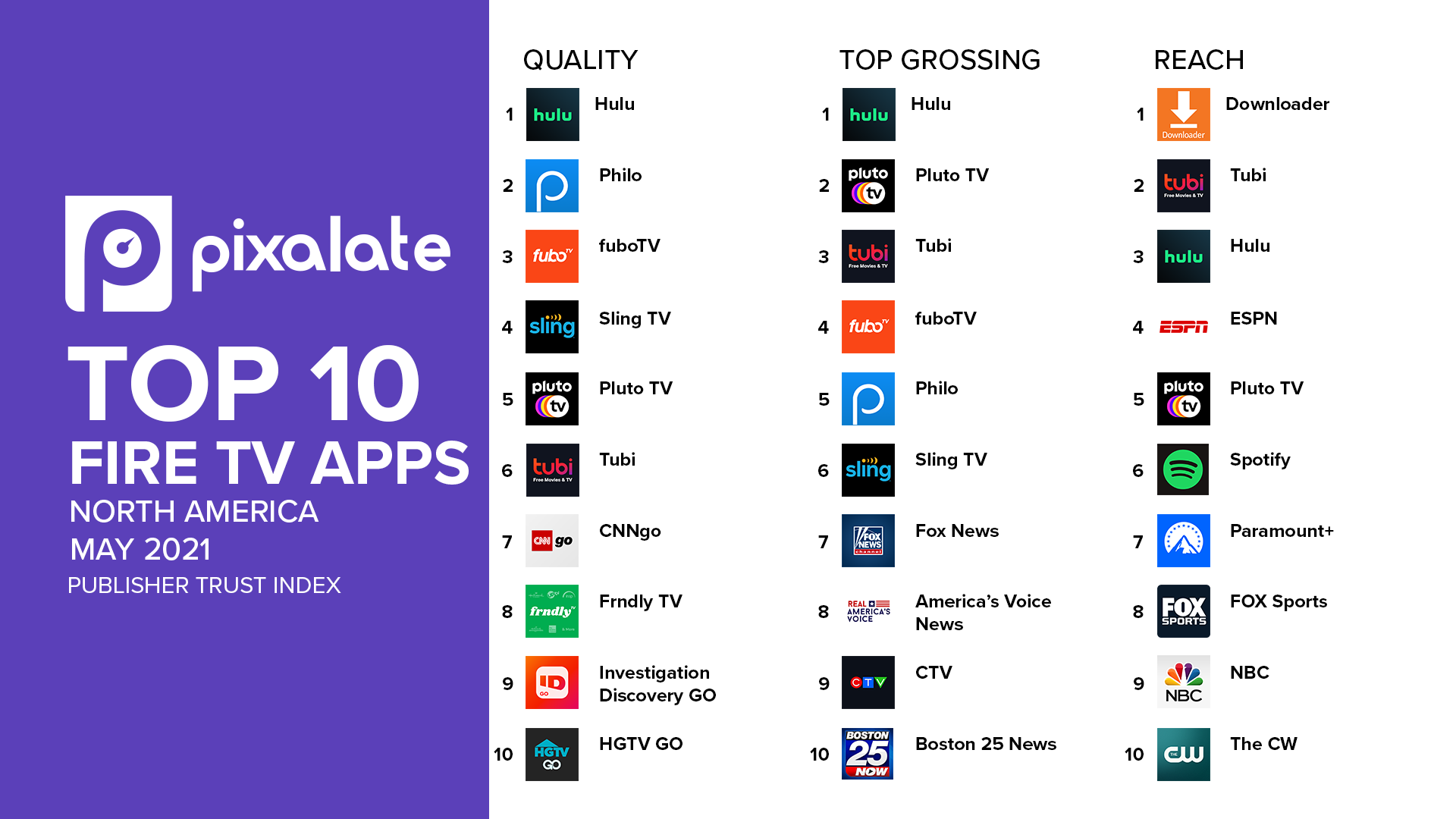 Hulu ranks No. 1 on both the Roku and Amazon Fire TV app stores for North America in Pixalate’s May 2021 ranking of the top CTV apps based on overall quality for programmatic advertisers. Hulu ranked No. 1 on Roku and No. 6 on Fire TV in April. Hulu also earned an ‘A’ grade on Pixalate’s Publisher Trust Index across all metrics on both app stores: Popularity, Engagement, Ad Density, Invalid Traffic (Ad Fraud). In addition to its top ranking on the quality index, Hulu also ranked No. 1 in Pixalate's estimated programmatic ad spend metric in May 2021 on both Roku and Fire TV and ranked in the top three for reach.

And keep an eye on children’s apps. HappyKids and KidoodleTV both ranked in the top 10 on Roku for top-grossing apps based on Pixalate’s estimated programmatic ad revenue in April 2021. And KidoodleTV ranked just outside the top 10 (11th place) on the May 2021 Publisher Trust Index on Roku, while HappyKids also had a strong ranking (21st).