Pixalate is continuing its series highlighting the top trending mobile apps based on programmatic ad share of voice by focusing on the top apps in the Asia-Pacific region (APAC).

Below you’ll find the individual lists of the top 10 trending apps for both iOS and Android smartphones and tablets in APAC from April 2018.

You can download the full list of the top 30 trending apps for each device and operating system here:

According to Pixalate’s data, PicsArt Photo & Collage Maker — App ID of 587366035 — was the top app for iOS smartphones in terms of programmatic display ad volume in April 2018, accounting for 35.2% of the marketplace. There was a big gap between PicsArt Photo & College Maker and the No. 2 app (Hornet, The Gay Social Network, at 7.5%). 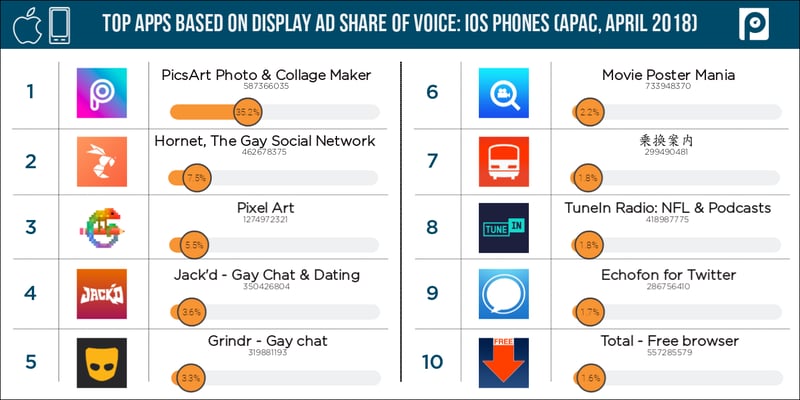 According to Pixalate’s data, PicsArt Photo & Collage Maker was also the top app on iOS tablets in APAC last month. Not far behind were Words With Friends (Classic) and My Talking Tom. 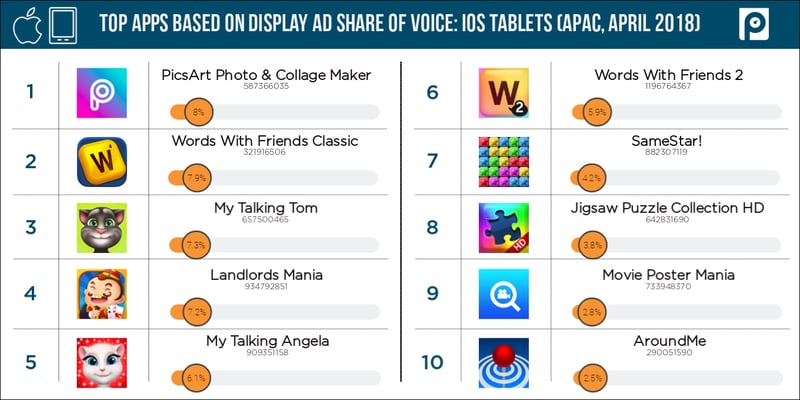 According to Pixalate’s data, PicsArt Photo Studio — the Android version of the same popular iOS app, with a Bundle ID of com.picsart.studio — was the top APAC app on Android smartphones in terms of programmatic display advertising in April 2018, accounting for 22.7% of the marketplace.

According to Pixalate’s data, DroidLiveWeather —  Bundle ID: jp.micompower.droidliveweather — was the top trending app for display advertising on Android tablets in APAC in April 2018. 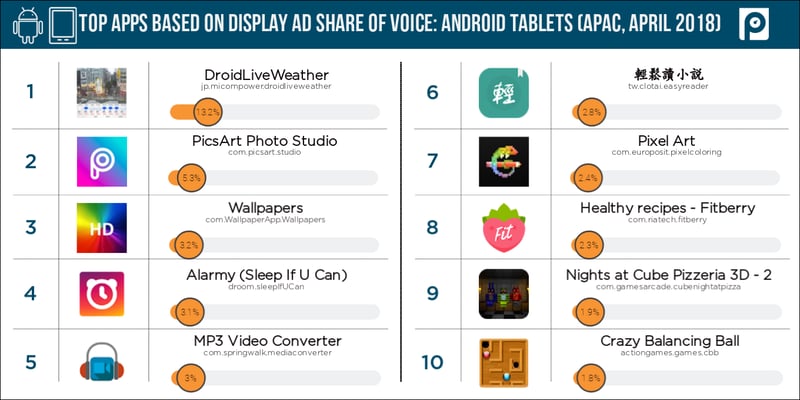