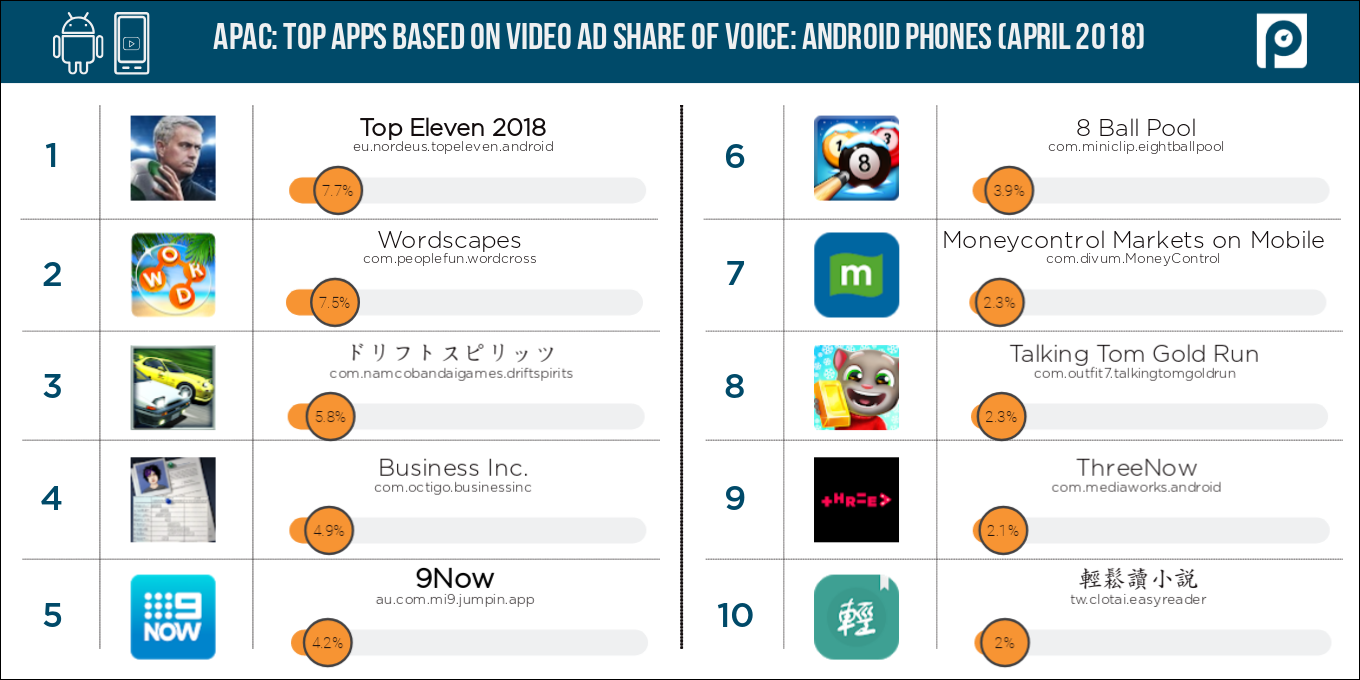 Below you’ll find the individual lists of the top 10 trending apps for Android smartphones and tablets in APAC from April 2018, based on programmatic video advertising share of voice.

Android devices account for the vast majority of the mobile market in the APAC region. Given this, we have decided to share Android-specific rankings.

According to Pixalate's data, Top Eleven 2018, an app in which players manage a soccer team, was the top trending app on Android smartphones in APAC in April 2018, based on programmatic video ad volume. Top Eleven 2018 had a market share of 7.7%.

Wordscapes was close behind, with a market share of 7.5%. 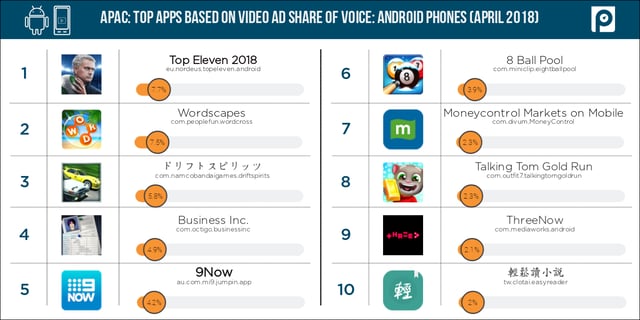 Business Inc. was second with an 11.4% market share. It was the No. 4 app on Android smartphones. 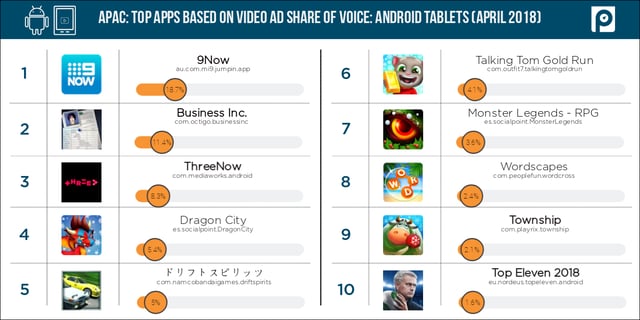