But when breaking it down by two channels — display and video — what trends do we find?

Pixalate studied video ads sold via programmatic across devices and screens to begin 2017 and uncovered that click fraud is a growing problem. 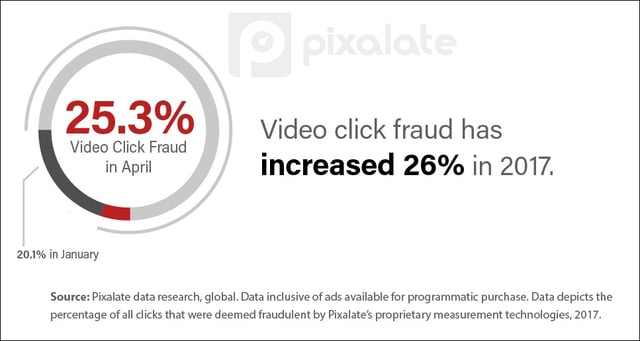 Click fraud in programmatic video grew from a one-in-five problem to a one-in-four problem over the first several months of the year. However, click fraud in video has been declining when compared to its high of 42% in February. Pixalate will continue to track this trend.

Programmatic display click fraud increased over the first four months of 2017 as well. 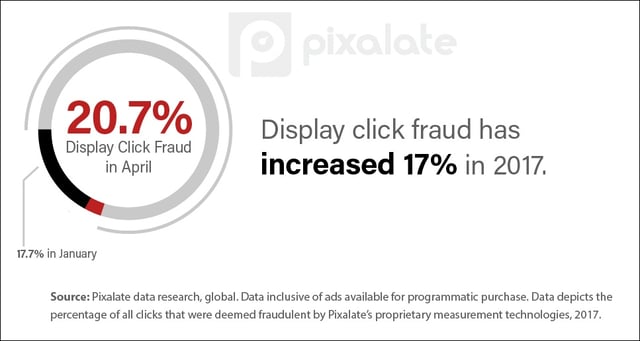 Our research indicates that click fraud is a growing problem across devices and channels, including display and video ads. As marketers strive to apply programmatic technologies to high-quality trades, they must not get complacent when it comes to an issue that has plagued digital marketing from the beginning: click fraud.