1. OTT ad fraud is a growing threat you need to know more about

Over-the-top (OTT) audiences are at an all-time high and climbing, with over 80% of U.S. households now equipped with OTT devices. Traffic volumes are increasing at double-digit rates and new OTT app platforms pop-up almost daily as more consumers “cut the cord.”

In this post, Pixalate, the advertising industry’s first MRC-accredited solution for the detection and filtration of invalid traffic for OTT video ads, answers key questions about OTT advertising.

2. What is OTT, and how is it different from video? 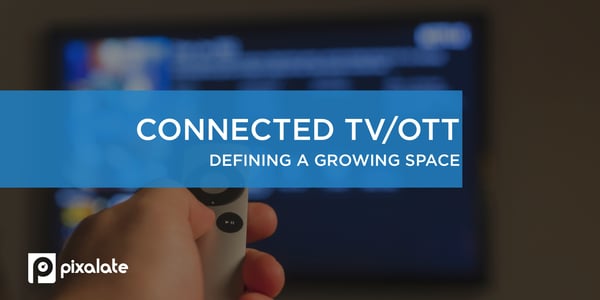 OTT stands for over-the-top, initially named in reference to devices that go “over” a cable box to give the user access to TV content. In OTT channels, content is delivered via an internet connection rather than through a traditional cable/broadcast provider.

In this post, Pixalate defines OTT content, OTT devices, and video — and explains how all of these puzzle pieces fit together.

Learn more about the partnership.

"Bulgarian police have arrested a supposed Russian hacker at the request of US authorities on charges of committing advertising fraud of over $7 million," reported ZDNet. "Bulgarian authorities apprehended Zhukov on November 6 based on an international arrest warrant issued by the US. Details about Zhukov's alleged crimes are still under seal, pending his extradition and arraignment in a US court," the article noted.

5. Inside the world of app install fraud

"eMarketer estimates that $7.1 billion will be spent on mobile app install ads in 2018, up from $6.5 billion last year," wrote eMarketer. "App-install fraud refers to the practice where a company falsely gets credit for getting a user to download an app." eMarketer asked several industry insiders for their opinions on the state of mobile app install fraud. Is it on the rise?