Our Q1 2017 ad fraud benchmark insights yesterday revealed that ad fraud rates can vary greatly between tablets and smartphones, both in-app and on the web.

Today’s insight uncovers that this is true across all major operating system, including Android, iOS, and Windows. 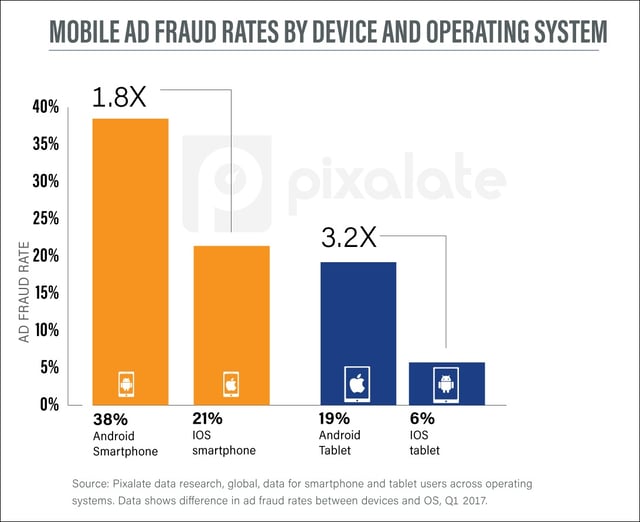 Our study also reveals that discrepancies between ad fraud rates across the various mobile operating systems.

Android mobile advertising inventory is typically more susceptible to ad fraud when compared to Apple’s iOS because Android is an open source platform, whereas Apple is a closed system. In many ways, Android is the Wild Wild West, while Apple has stronger evaluation and monitoring criteria. 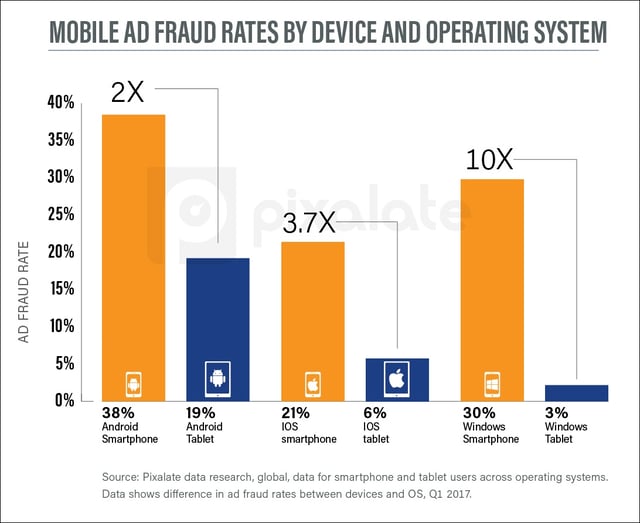 Across all operating systems — Android, iOS, and Windows — smartphone ad inventory (across web and apps) was at least 2x more likely to be fraudulent compared to tablet inventory.