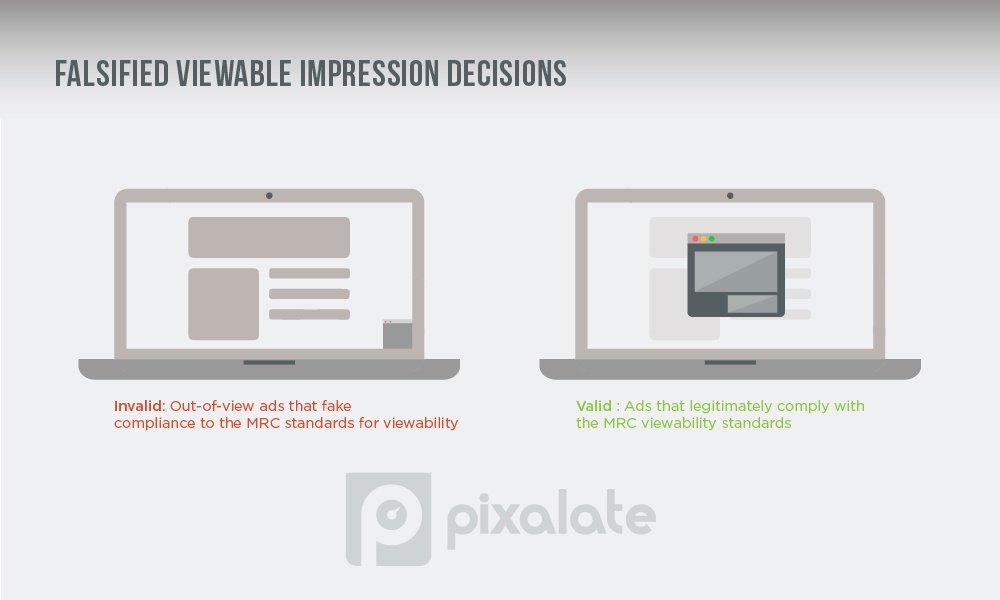 “Falsified viewable impression decisions” is one example of SIVT.

What are “falsified viewable impression decisions” in the MRC definition of SIVT? 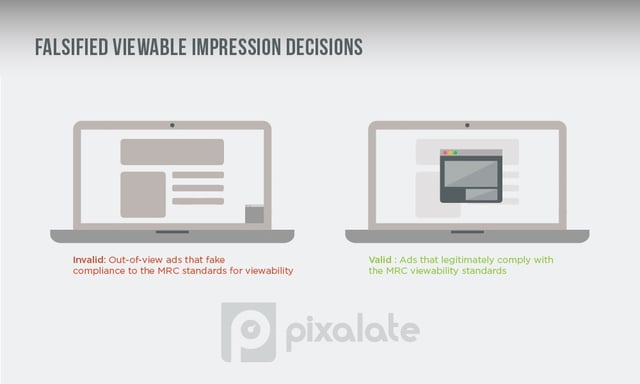 According to the MRC, falsified viewable impression decisions are considered SIVT.

An ad is considered viewable if at least 50% of its pixels are in-view for at least one continuous second. Ads that are measured as viewable are commonly worth more to advertisers, and are therefore commonly sought out.

Falsified viewable impression decisions is just one example of Sophisticated Invalid Traffic (SIVT) as defined by the MRC. To learn about some of the other examples of SIVT, click on any of the examples below: